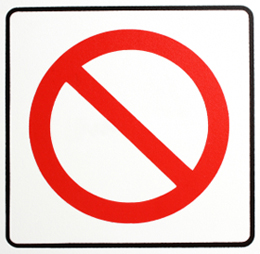 What’s the second worst “B” word? Budget. Most people equate the word “budget” with something awful – like deprivation. No one is ever excited about budgeting, because it always means you don’t have enough of something. And not having enough, well who likes that? When you set out to budget, few people think of that as reallocating their resources. Rather, they think of it as cutting back.

Besides the fact that the thought of a budget evokes horror in most people, budgets don’t last. Let’s face it, how many times have you started a budget? I’ve probably started a budget at least once a year ever since I started earning money. But the fact is, budgets just don’t work for me, just like they don’t work for most other people. Why? Because instead of making small changes, people equate “budgeting” with making big changes that aren’t sustainable.

So, I have a better idea. Instead of setting out to make a budget, find an alternative. What kind of alternative? You might be thinking, “winning the lottery would be great – then I’d never have to budget again.” But most jackpot winners – they usually go broke too. So instead, try some of the options below.

Develop an Intimate Understanding of Where Your Money Goes

Each month I use an online tool to see where all of our money went that month. I don’t obsess over any particular purchase or category. Instead, I’m just aware of where our money went. The majority of the time we have some big purchase that month that throws categories off (like buying a new TV, buying plane tickets, or paying a hospital bill) along with with fairly regular amounts spent on other categories. It takes probably 6 months of living with an understanding of where your money goes to actually develop an intimate knowledge of it. But once you do have that understanding, you’ll just have a sense of whether or not you’re spending too much.

Each year I look at everything we’ve spent money on in that year. Then I take two or three categories and try to figure out how to cut back on them.

For example, last year we spent about $2200 on our dogs. A large portion of this was about $90 we spend on dog food each month. Some people will be appalled that we spend $90 a month on dog food – and that’s one of the problems when you start budgeting – people start judging you.

Anyhow, we have two very large dogs, one of which has a poultry allergy, and so we buy dog food that doesn’t have a ton of crap in it. One dog’s food costs about $50/bag and the other dog’s about $40/bag. So this year I looked up ways to cut back on the costs of their food. With a few easy changes that actually involved buying the food online, were able cut our spending on dog food by 20%. Car insurance, home/renters insurance, phone bills, and cable are all categories where with a few minutes of time you can make big cuts, saving hundreds, that don’t ever involve budgeting.

Avoid Places Where You Spend Too Much

Another alternative to budgeting is to avoid places you know you’ll spend too much money. When I lived in Washington, DC I had a category of my budget called “CVS.” CVS had a store on practically every corner and whenever I went in there I always found something for a “really good deal” that I usually didn’t need. So, I tried to cut back on my trips there.

Currently, that store in my life is Trader Joe’s. I absolutely cannot seem to walk out of Trader Joe’s without spending at least $150, usually $200. Instead of quitting Trader Joe’s entirely, I try to go less frequently. I love food and they have great prices on things like nuts and poultry-free dog treats, fancy cheese, and Greek yogurt. But whenever I’m there I end up buying something like chocolate and Turbinado covered almonds or a Gruyere cheese and prosciutto flatbread – things that I just wouldn’t buy if I didn’t go there. So now, I still go to Trader Joe’s, but instead of going every month I try to go every 3 months.

The best thing you can do as an alternative to budgeting is to learn self-control. As a former student of criminology I learned the huge number of things low-self-control is tied to – one being a propensity to commit crime. But low self-control is also tied to poor money management and an inability to save. So, improve your self control to help you avoid buying things you can’t afford. Here’s a great resource on learning to improve your self control.

Set Goals instead of Budgeting

Instead of setting up a budget as a means of depriving yourself, a better option is to set goals. To actually change your the way you spend your money (long term) you need to be motivated. What’s one of the best ways to get motivated? Set goals. When you’re saving for a vacation, house, or car, you’ll be more likely to forgo certain expenses for the long term return of getting that one thing you really want.

Do you budget? If you’re successful at it, to what do you attribute that success?

0 thoughts on “Should You Budget? No, Don’t Budget”

Get the Fund Your Freedom Toolkit for Free by Subscribing now!

Join thousands of other women on a journey to break from the grind and fund your freedom. When you subscribe today you’ll get instant access to the Women’s Money Fund Your Freedom Toolkit! Enter your name and email address to immediately start your journey towards financial freedom.