Skip to content
11Mar 2012 by Women's Money No Comments

Have you ever heard the phrases “all bark and no bite” or “don’t talk about it, be about it”? They both mean the same thing: talk without action is pointless.
We can all say what we want to do and what we should and could do, but how many of us actually go out and do it? You’ve probably said “I could follow a budget if I wanted to” and you continue to spend aimlessly. You’ve thought “I can pay off my debt” but you continue to go into the red rather than the black. Let’s not even talk about your savings strategy, or lack thereof. You’re probably facing a few roadblocks that are turning your words into idle threats. Here are some things getting in the way of effective action and how to avoid them: 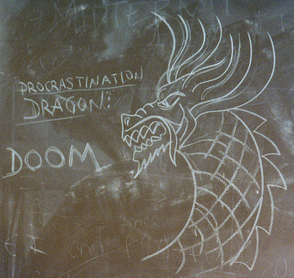 Many of us are victims to procrastination. We wait until the last minute to complete things. Deadlines become pressure points and due dates are filled with anxiety because we don’t take time seriously. We figure we have better things to do than to plan ahead. The funny thing is, we prove ourselves wrong each and every time, and yet, we don’t change our ways!

So how do you avoid it? First, come up with a plan. Know where your end goal is and develop a timeline to get to it without stressing yourself out. If you want to save up for a dream vacation in a year, find out how much you need to save and by when, and start right away. Consistent action over time is better than waiting until the last minute and then rushing. For example, if you know how much a bill will be and when it’s due, save up for it over time until the due date, or even pay the bill as soon as you receive the statement. It’s always wise to remember that unexpected things happen, and your timeline can be thrown off. You don’t want to miss deadlines and due dates, especially where your finances are concerned. It’s best to be early and be prepared.

Doubt holds so many people back from accomplishing their goals and living out their dreams. Going in to something with a negative mindset is going to set the mood and set you back. Don’t feel like you can’t get out of debt or you’ll never get to the position in the company you’ve always dreamed of. Anything is possible! You could win a million dollars or impress your boss, you just never know.

To avoid doubt, you have to adopt an optimistic state of mind. Think positively about your actions. Eliminate the words “can’t” and “won’t” and substitute them for “can” and “will”. You can save enough money in your emergency fund if you work hard at it. You will be able to retire by 55 if you save aggressively. It’s highly possible that you can become your own boss someday. People are living these dreams out everywhere, so what’s stopping you? If you’re coming up with a list of things that are stopping you, stop! Make up in your mind what you’re going to do and then do it. No one is going to believe in you more than you will believe in yourself.

You’ve probably been told to never settle in your relationships, but have you been settling in life? For example, have you been working a job you know you don’t enjoy just to make ends meet? Have you been making the bare minimum payments on your debt, and being fine with it as long as the bills are getting paid? That’s no way to live and that’s certainly not effective action. There’s too many opportunities out there to settle for less.

So how do you stop settling? Dream big! You’ve probably heard the hit song by Journey, “Don’t Stop Believing”, and you should take it to heart. Think big and dream big, and don’t let anyone tell you that you can’t do it. If you want to be a millionaire, you aim for it. If you want to become a business owner or inventor, you go for it. The millionaires and billionaires you see in Forbes magazine and on television, were told no by countless amounts of people. What’s the difference between them and other people? They didn’t settle for “no”. They didn’t settle for average, mediocre, or simply what was handed to them. They gave it their all and made their dreams come true. 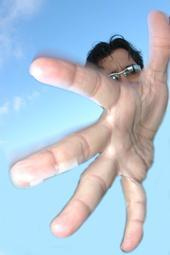 In Western societies, we are so focused on ourselves. It’s all about self-satisfaction, self-gratification, looking out for ourselves. We don’t worry or concern ourselves enough with other people. So how does selfishness get in the way of effective action? Good will and karma always comes back around. Your goals may be personal and may help you in the end, but think about the different ways you can help others.

Paying it forward doesn’t have to be a million dollar donation to a school in order to get a library named after you. It can be as simple as donating a modest amount to a cause you care deeply about. It can be leaving spare change for the patron behind you or donating the clothes you no longer wear instead of selling them or throwing them away. Think about your goals right now. Are they all about you. or can they be about you and someone else? Incorporate some actions that will spread the love in one way or another.

Jealousy and envy are two sins that each of us have been guilty of at one time or another. Comparing our lives and our situations to others can be dangerous and negatively affect our goals. It’s very true that the grass is always greener on the other side. You may think one person has it all — the job, the money, the cars — and in reality they could be in enormous amounts of debt for the sake of appearances. While you’re wishing you had what they had, they could be wishing they had what you had.

Worrying about someone else’s possessions or comparing your wealth to theirs will keep you from focusing on the task at hand. Instead, simply focus on your own goals and aspirations. Don’t compare, because you don’t have all the facts. Worrying about what someone else has isn’t going to get you any further in life. Instead, if there’s something you admire about someone else, strive to acquire something similar. Like someone’s car? Make it a goal to get your own. Would love to have someone’s job title? Ask them how they got it and see if that’s a route you could take.

Effective action can only be accomplished by you, and sometimes you can be your worst enemy. Do not let these road blocks interfere. Make plans. Be positive. Don’t settle. Help others. Stay focused.