Skip to content
11Mar 2012 by Women's Money No Comments

Goals can get you everywhere, IF you take regular action on them. Remember, actionable goals are SMART goals — those that are specific, measurable, attainable, realistic, and timely. Taking action daily on them puts you on the pathway to success.

Of course, you probably have more than one goal you’d like to reach. That’s normal, but if you try to give all of them equal attention you’ll either need a lot of spare time or will end up driving yourself crazy.

So start by picking one to really concentrate on. The others will take a backseat until your priority goal is reached, or will get less frequent attention (perhaps weekly, monthly, or quarterly instead of daily.) Pick the goal you most want to accomplish and make sure that’s the one you act on daily — even if you only spend a few minutes a day doing so. 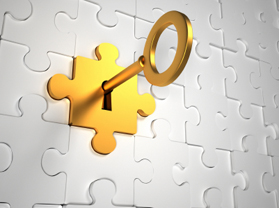 Commit to Your Priority Goal

Once you’ve picked your priority goal, keep in mind that you did so for a reason. Commit to it. Embrace it.

It’s important to you, so stick with it, even on the days when all you want to do us veg out in front of Grey’s Anatomy. Maybe even especially on those days, because if you’re anything like me, the closer you get to completing something that’s really important to you, the more you’ll be tempted to procrastinate. Get past the urge, and stay on the path to success with daily actions.

So What ARE Those Daily Actions?

Well, let’s start with what they’re not: making a list, adding items to your calendar, checking emails, and talking about your goals are not actions. Those things are busywork, like the worksheets you got back in sixth grade.

Spend your time on those, and you’ll probably be tired when you’re done, but you won’t have accomplished anything important. You’ll also be left with this nagging sense of guilt, because deep down you’ll know that you were wasting your time.

Real daily actions are things that move you closer to your goal. They’re often easy to identify because you usually don’t have to do them over and over again. They’re things you can cross of your list for good; things that lead naturally to the next step.

Take one step at a time in the right direction, and you will move forward.

You’ll notice I didn’t title this section “Finding Time for Daily Action”. That’s because you can always fill all of your time with something. There isn’t any extra time out there just waiting to be discovered. Instead, you’ve got to make the time, and I suggest making it first thing in the day — even if you’re not a morning person. I’m a night person, but I drag myself out of bed everyday before dawn and do something to bring me closer to my goals.

Then no matter what else “comes up” during the day (and we all know that all kinds of stuff will come up) I’m already set. I’ve moved forward. I’ve taken action.

So do whatever it takes to make your extra time. Even if you’re tired, discouraged, or just don’t feel like it. Do even the smallest daily action on your list, and you’ll feel better.

Not only that, but you’ll reach your goals. Taking action daily truly is the pathway to success.

0 thoughts on “Taking Action Daily: The Pathway to Success”